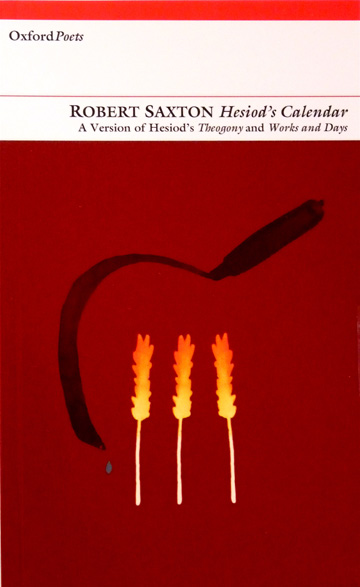 Hesiod's Calendar was published by Carcanet/OxfordPoets on 27 August 2010

A Version of Hesiod’s Theogony and Works and Days

From the back cover:

'It's a bold deed to summon up Hesiod in eighty sonnets. The form, both familiar and odd, may shock us into a wakeful reading. For this is not at all an antiquarian version of two ancient texts. On the contrary, Robert Saxton addresses us here and now in the Age of Iron and makes us wonder how much longer Earth will endure our stay.'